Alright, Legionnaires, a significant new content update is now available on Public Test that brings a slew of new features to Legions: Overdrive!

Note: To prevent any issues with the new content and old content, please DELETE your previous Public-Test folder. This can be found in the directory you saved Legions: Overdrive to. Right-click your 'public-test' folder and choose delete.

This Core, when activated, will restore some of your life over a short duration at the cost of energy and a cooldown between uses.

The Warp Core will warp a player back in time three seconds to their previous velocity, position, and rotation at the cost of health and a cooldown between uses. When a player warps, a blue Warp Scar is created for a few seconds allowing Warp Core equipped players to follow the warped player through the blue scar. Flag carriers will be unable to warp. Any player who enters a Warp Scar will have their velocity set equal to the velocity of the Warp Scar creator when they exited. If a player gets hit by Insant Overdrive from a Sentinel player before they start the Warp buildup process, their Warp core will be temporarily disabled.

A long promised feature, and now a necessity with the addition of the new Core types, is the introduction of Custom Loadouts. You'll now have the ability to choose your armour type, weapons (armour restrictions apply), hand grenade type, and Core type. Label and save your loadout configurations for easy in-game switching. You will find a new bind to bring up the loadout menu in-game. 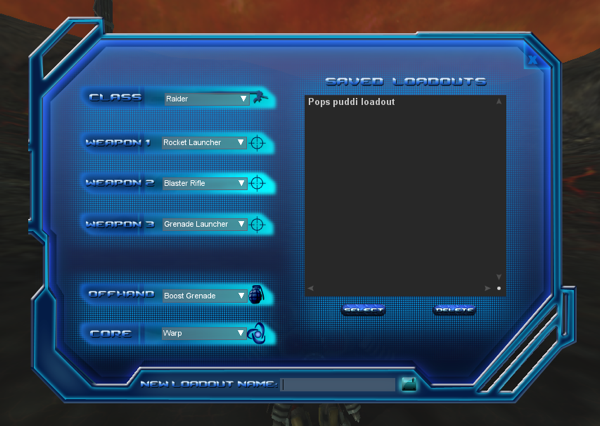 To help ease the administration of servers, new controls were added for server admins to better assist their players (or toy with them relentlessly).

Allows an admin to mute any player's voice commands.

The timeout feature places the player in the center of the map a few hundred meters in the air and freezes them. They cannot shoot nor commit suicide in this state. They can only return to the game if other players shoot them down, or if an admin clicks the timeout button again which will send them cratering into the ground.

Prometheus could not idle on the sidelines any longer and makes his triumphant return to Legions! As punishment for in-game trolling, unleash the Prometheus to restore Order and Balance to your game server.

Admins now have the ability to make server wide announcements on their server typing the "/admin a Your message here" command into the chat box. There are also a few other commands such as "yell", "praise", "seduce" and "decree" that you would also execute by typing "/admin command Your message here". 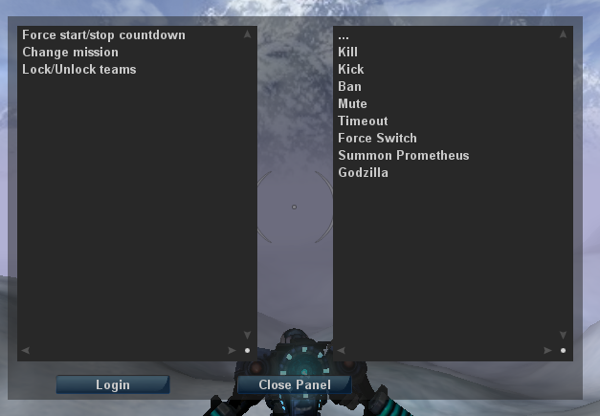 The in-game server creation page has been improved for player hosted servers. You can now set the server password, admin password, server status to public or private, and the host is now automatically logged in as an admin when the server is created.

Our art team has completed the first new weapon model for Legions: Overdrive. Now properly ignite your foes using the new Blaster! Alongside the new model, the weapon itself has been tweaked to make it a bit more efficient in combat. It now has the same muzzle velocity and inheritance of the rocket launcher with a slight increase in damage as well.

The mortar explosion radius has been reduced a bit. Mortar projectiles will no longer explode on contact with a player unless its 1.5 second arming timer is up. These changes should hopefully promote more skillful play with the mortar. 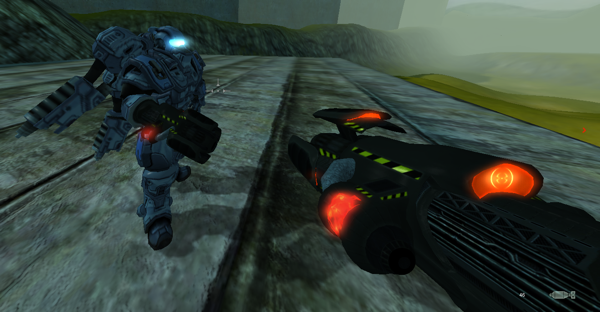